"Tears of f***ing joy is what I am moved to - and you will be too - by Bob Karwin's intelligent wit-strewn je ne sais pop. I hear echoes of - could it be? - Jimmy Buffett and Bucknaked Ladies, not to mention Neil Young, Harry Belafonte, Woody Guthrie, Nick Cave and Billy Bongbong ...All in all, I would have to say Bob Karwin is EVERYTHING THAT MUSIC IS ABOUT" - Richard Meltzer - San Diego Reader

On June 4, 1990, the guitar player in the bar where I was working (Cityside in Boston, MA) was sick and asked me to fill in. I thought it would be fun and I was SURE it would be a one time deal. I called it "The One Show Tour." The joke was clearly on me. 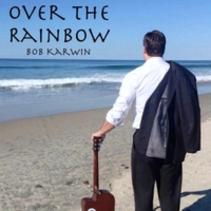 I learned to perform on the stages of Boston's college bars in the early nineties. Armed with just a guitar and microphone (I was too lazy to learn drum machines and too poor to buy one, anyway) I built a following on high energy one man shows. Over the years, the audience wanted to hear more and more of my original songs about hitting the road and finding the sun. That led me to the trop rock life and I am happy here. 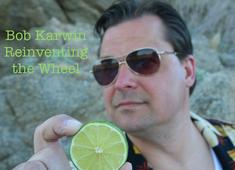 For the past 30 years, I have traveled the world  meeting and entertaining friends who love a good song and a cold drink. I have played in the Caribbean, Mexico, Ireland, and every corner of the U.S.  I even got to open for Barenaked Ladies one time. If you buy me a drink, I'll tell you THAT story. It's a good one.

Origin of a Trop Rocker

JUST A CITY BOY, BORN IN NEW YORK AND RAISED IN BOSTON

I was born in Brooklyn, NY, but my family moved to Boston right around my fifth birthday. I grew up in the musical 1980's, which forever warped my approach to songwriting. I will go on the record as saying the period from late 1979 to the end of 1984 was the best in rock music history.

"Bob Karwin's original songs are well-crafted, witty, sensitive at times and could easily be adapted for use in film, television, or arranged and produced for a pop artist. Karwin is a strong up-and-comer with enough of the right ingredients to earn attention as a singer/songwriter" - Cole Coleman - Music Connection Magazine (Los Angeles, CA)